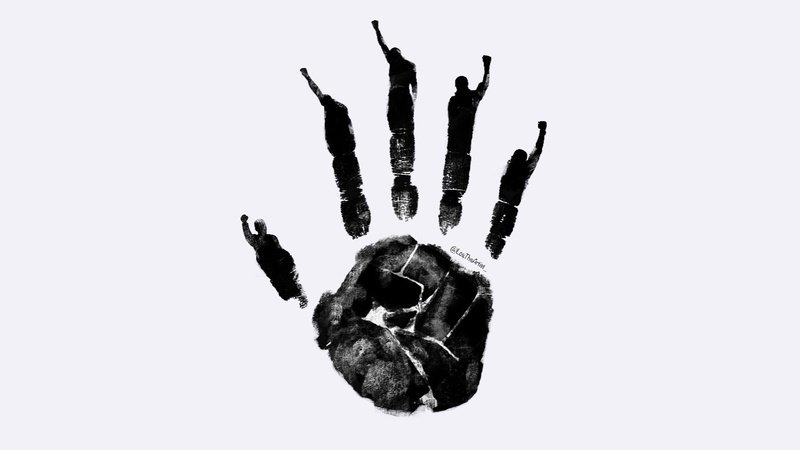 The following was submitted to my school board members, and a local news organization in hopes of publication as a letter to the editor. Unfortunately, its way over the word count they suggest, so I'm presenting it here.

update on 4/27 Just heard from the paper, they're going to publish it! Will update with a link when available

At this point we’ve all likely seen the articles and the petitions circling around the Hudsonville School Board’s April meeting. But while the anti-maskers were causing a stir outside, the comments inside largely focused on the lives of some of the most vulnerable students in our schools - racial minorities and lgbt+ youth. Youth that were targeted with hateful messages when a church down the road from the High School was vandalised less than a year ago.

Unfortunately there was more of that same hate shown from some of the adults who spoke during that board meeting. The language contained less cursing, but the message was still the same - you are not welcome here.

America has a long and dirty history when it comes to saying "all". One of our most revered documents states clearly that "all men are created equal" - but it was written by men who owned other men on land that was stolen through the slaughter of others. All lives have never mattered, intentionally, from the beginning.

And then we get the 3/5ths compromise, poll taxes, grandfather clauses, segregation, the KKK, lynchings, Montgomery, Tulsa, red lining,the war on drugs, mass incarceration, and on and on and on.

All Lives Matter has never meant all lives in our country. And when it is used as a response to Black Lives Matter, it's clearly weaponized language used by those with power to dismiss and belittle those without. It's our modern day equivalent of the boom of confederacy statues being put up during the height of the civil rights movement. It's an attempt to silence those trying to use their voice for equality, and to further push an unequal status quo.

That’s why it’s so heartbreaking to hear that the school has decided the phrase “Black Lives Matter” has to be removed because it was deemed to be political. The fight for equality is always political - because it’s a fight against a powerful status quo held up by unchallenged policies and practices. George Washington was political to Great Britain. Mahatma Gandhi, Nelson Mandela, Martin Luther King - all political. Are none of them allowed in the school?

Furthermore, it’s laughable to think that Black Lives Matter material is political but that somehow it’s removal isn’t. There’s no neutral in the fight for equality - you’re either actively fighting for it, or you enable the continuation of the unequal status quo - even with silence.

In April of 1963 MLK was in Birmingham Alabama, leading a march against racism and racial segregation. Shortly before his arrival the powers that be banned his gathering - he was deemed to be too political. He and his fellow civil rights activists persisted and were ultimately arrested and thrown in jail. During the first few days of his detainment a group of local clergy published a piece in the paper criticizing King for taking direct action in his fight for equality - it was the “All Lives Matter” refrain echoing through time. Here’s a snippet of his response:

58 years later - and only one day before the exact anniversary of their writing - the Board of Education meeting in our town proved these words are just as true today as they were then.

So what now? Do we do nothing and allow an unequal system to continue on unchecked by those with the power to act, leaving our children to bear the brunt of our inaction? Because from the young voices that spoke at the board meeting that’s exactly what’s happening. Or do we truly teach our children how to be citizens of a global community, how to properly yield power, and how to work toward a positive peace?

It’s time for us to act, because our children deserve better.

If you'd like to add your voice calling for Black Lives Matter content to be displayed within the school, you can sign the change.org petition, or reach out directly to the members of the board of education.

"All" Lives Matter in Hudsonville 0%